No, I didn't disappear.  I took some time off to be part of some memory making.  These are just a few of the memories our family has made in the past three weeks. 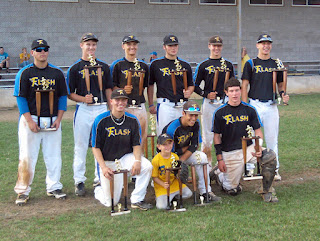 Handsome Dude has a few big buddies who play for the Flash teams.  The 16u is one of the teams he's spent quite a bit of time with this summer.  He had the privilege of being bat boy in their last tournament of the year.  The best part....a trophy...a big trophy. 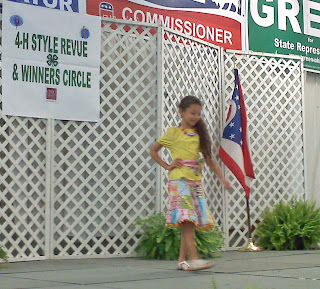 Allison modeled the outfit she made at our county fair style revue.  She placed first and was invited to compete in the state fair. 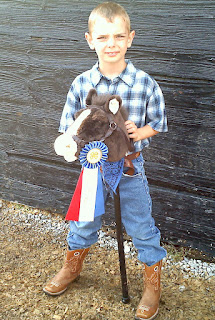 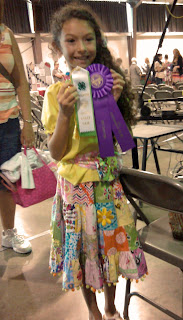 Allison modeled her skirt at the state fair and was awarded Outstanding of the Day. (There are three days of judging for each project class.) 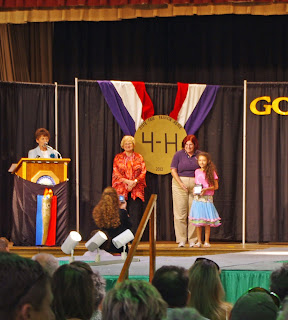 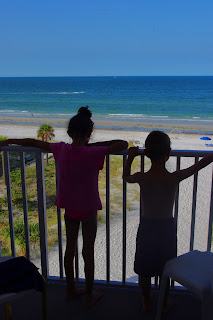 Finally, last week we spent at the beach in Florida.  It was the children's first jet ride and beach experience.  We met pilots, visited the cockpit, met families from as far away as Africa, built all kinds of sand art, saw dolphins on a boat ride, saw a manatee up close, and were close enough to dolphins off our beach to nearly touch them.
The Lord has certainly blessed our family.
We'll be back to our "normal" schedule this coming week with a exciting tutorial to share.  You'll need a bleach pen.
Blessings,
Debbie
Posted by Debbie at 1:17 PM